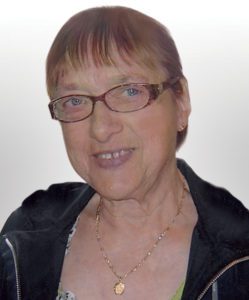 In Anna-Laberge Hospital, surrounded by her family, on November 3, 2019 at the age of 86, passed away Mrs. Thérèse Thibault of St-Urbain-Premier, wife of the late Mr. Jean-Guy Lanctôt.

The family will receive condolences at St-Urbain-Premier Church on Saturday, November 16th starting at 9:30 am, followed by a funeral at 10:30 am under the direction of:
Marie-Soleil Phaneuf Funeral Home inc.
450-427-2332

Interment will be at the cemetery of the same parish after service.

In lieu of flowers, your expressions of sympathy may be expressed by a donation to the Alzheimer Society or the Canadian Cancer Society (forms available upon condolences).