See testimonies of Sympathy
Send a testimony of sympathy 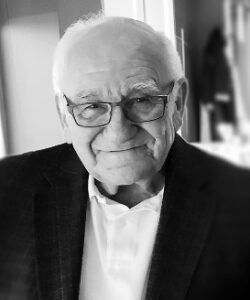 During the evening of November 23, 2020, at the age of 87, passed away Mr. Léo Lemieux. He joined his wife, the late Madame Blanche Cusson-Lemieux and his daughter, the late Joceline Lemieux.

He is survived by his son Daniel, his granddaughters Mélanie (Paul) and Valérie (Jean-François), as well as many relatives and friends.

The family will receive condolences on Saturday, July 10 starting at 1 p.m., followed by a commemorative ceremony at 3:30 p.m., in the living room of the:

The family wishes to express their gratitude to the medical team at the Montreal General Hospital for the good care provided.

Instead of flowers, your expressions of sympathy can be expressed by donating to one of the following organizations: